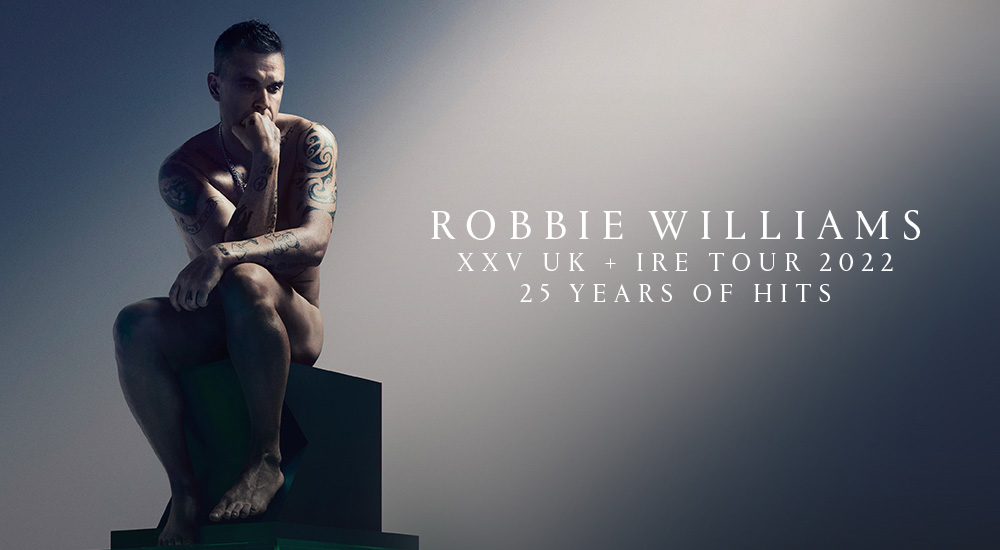 As well as featuring countless Number 1 smash hit singles which have been newly orchestrated by Jules Buckley, Guy Chambers and Steve Sidwell, and re-recorded with the acclaimed Metropole Orkest in The Netherlands, ‘XXV’ also features several brand new tracks. Both the standard and deluxe albums will include what is sure to be an instant classic, ‘Lost’, while the deluxe album will feature three more original tracks – ‘Disco Symphony’, ‘More Than This’, and ‘The World And Her Mother’. The new version of ‘Angels’ was released last week and was performed by Robbie during the half-time show at this year’s Soccer Aid, which took place on Sunday. Listen to ‘Angels’ here.

To make your evening even more special, we have a limited number of  Official Robbie Williams Fan Ticket Packages 2022 - see you there!

IMPORTANT: ANY PACKAGES FOUND TO BE OFFERED FOR RE-SALE WILL BE CANCELLED WITHOUT REFUND TICKETS WILL BE INVALIDATED