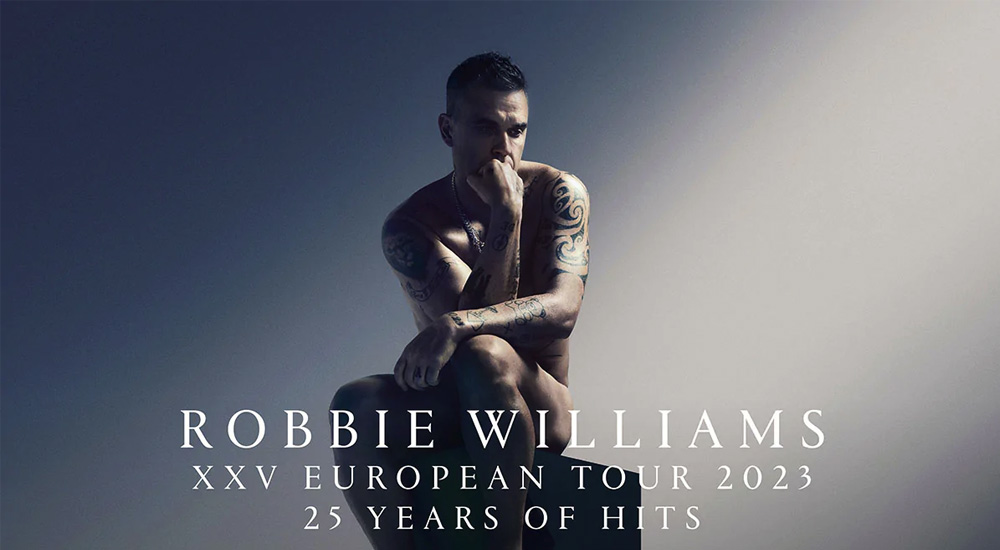 Robbie Williams announces new European dates for his ‘XXV’ tour – celebrating an incredible 25 years as a solo artist. Bringing his high-octane shows to cities across Europe, the new 2023 tour dates kick off with a show in Bologna, Italy on 20 January before taking in cities across the continent including Paris, Amsterdam, Berlin and Barcelona. The arena tour will be a joyous celebration of Robbie’s 25 years as a solo artist following the release earlier this month of his album, ‘XXV’, which features many of his greatest hits and fan favourites from across his solo career.

To make your evening even more special, we have a limited number of  Official Robbie Williams Fan Ticket Packages 2023 - see you there!

IMPORTANT: ANY PACKAGES FOUND TO BE OFFERED FOR RE-SALE WILL BE CANCELLED WITHOUT REFUND TICKETS WILL BE INVALIDATED