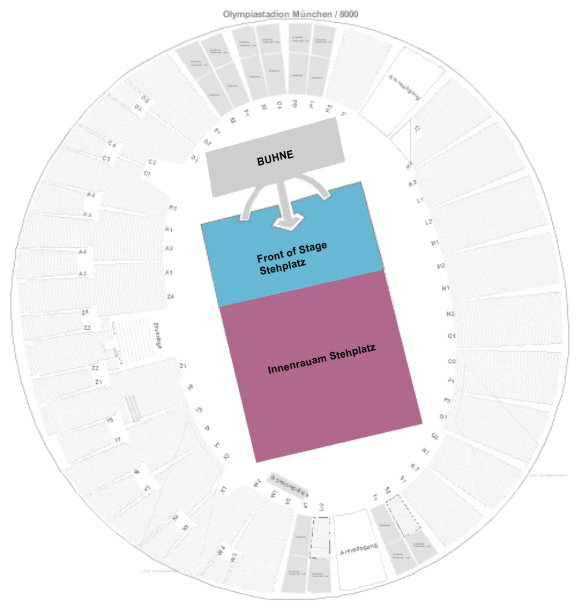 It glitters, shimmers, shines and keeps surprising you with yet another effect. With its ability to keep changing, the Olympic hall is unique.

The Olympic hall has as many faces as its events. The voices of Herbert Grönemeyer, Anastacia or the Rolling Stones or Luciano Pavarotti can be heard amplified by the highly sophisticated control desk. With thundering applause Munich's young people pay tribute to their cult groups "Backstreet Boys" and "Westlife".

Distinctive, unique and outstanding: with its spectacular construction under the iconic roof the Olympic Stadium is not only the architectural centerpiece of the Olympic Park – since its opening in 1972 it has also always been the most important venue of the biggest and greatest events in sports.

But also in terms of culture the Olympic Stadium is still one of Germany’s most important and leading locations. If AC/DC or Robbie Williams, if Genesis or Michael Jackson, the Rolling Stones, Bruce Springsteen or the Three Tenors: Many world stars have delivered impressive Open-Air-Concerts in front of a sold out crowd, there have also been some Rockfestivals lasting several days and drawing tens of thousands of spectators into the Stadium, like “Rock im Park” or the “Rockavaria” in 2015.

Munich’s Olympic Stadium has been a crowd puller ever since – and it will be one in the times to come.

U3 underground line towards the station Moosach via Olympiazentrum
about 10 min. walk to Olympic Park