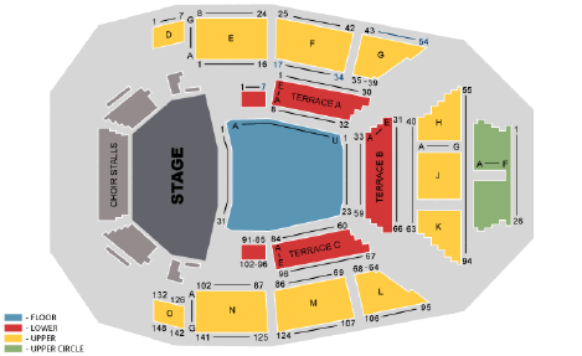 Information
Located in the heart of the city, the Glasgow Royal Concert Hall is one of Scotland’s most prestigious venues and world renowned classical, jazz, pop, rock and folk artists take to its stages for nearly 250 performances each year.

The venue has played host to the likes of BB King, Johnny Cash, Van Morrison, David Byrne, Ray LaMontagne, The Eels and Debbie Harry. Built in 1990 for Glasgow’s reign as European City of Culture, the Glasgow Royal Concert Hall is situated at the top of Buchanan Street – Glasgow’s main shopping thoroughfare.

By Car - On the M8 motorway, take junction 16 (Aberfoyle/George Square turn off). Follow the signs for Buchanan Galleries Shopping Centre.

By Bus - Buchanan Street Bus Station is directly across the road from the Killermont Street entrance to the venue. This hub is used by both local buses and national coach companies, and can provide you with up to date details on bus schedules, routes and ticket prices. For more information contact Travel Line Scotland or Buchanan Street Bus Station.

By Train - Queen Street Station is a three-minute walk from the venue and Central Station is ten minutes away. For information on rail travel within the UK, National Rail is the official source for all rail information, UK train times and timetables.

By Subway - The nearest subway station is Buchanan Street, which is approximately a three-minute walk from the venue.

By Bike - Public bicycle parking is available on Sauchiehall Street near the main entrance to the Glasgow Royal Concert Hall.