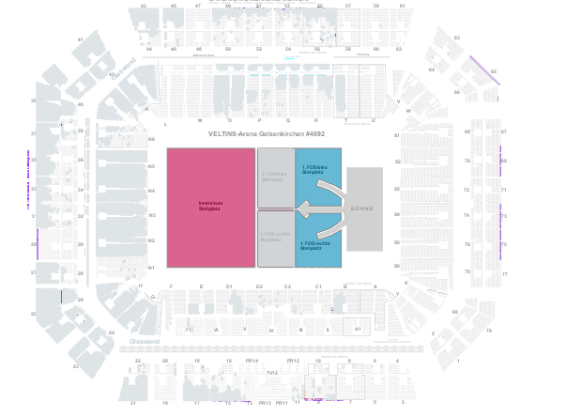 Directions
The Veltins-Arena is a football stadium in the German city of Gelsenkirchen. Originally named the Arena AufSchalke, it opened in 2001 as the new home ground for Bundesliga club Schalke 04. It hosted the 2004 UEFA Champions League final and 5 matches in the 2006 FIFA World Cup, including a quarter-final. It has a league capacity of 61,482 (standing and seated) and an international capacity of 53,951 (seated only). The naming rights to the stadium were sold on July 1, 2005 to the German brewery Veltins.